was the most powerful nuclear weapon ever created and tested. This firecracker is it’s successor…

For the few Dutchies that don’t know the word velcro: it’s klittenband.

You don’t need to know Peaky Blinders nor be familiar with Nick Cave to get the joke in this comic. But some inside jokes for the connaisseurs (or people just reading this): Red Right Hand a song from the album Let Love In by Nick Cave and the Bad Seeds. Their next album is Murder Ballads. Very appropriate and one of the songs on that album is about Crow Jane. So the name of the victim is not random. And we’ll be having more crows in the next comic strip!

This comic strip concludes the Halloween Fest story arch for this year. 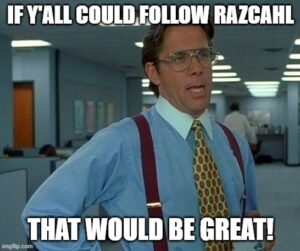